A new effect for electrical planets!

An effect for our deary electrical planets,
the idea is quite simple to understand but hard to make:
instead of outside 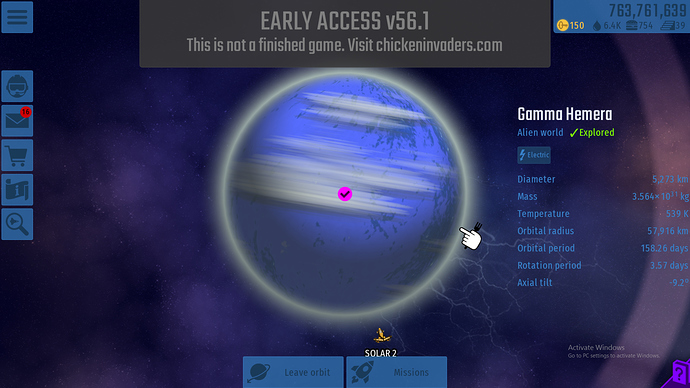 It’s a good idea for me but I think this needs a lot of designing and programming…anyway good idea!

This sounds good, i hope it gets accepted.

a lot of designing and programming

Why? It doesn’t seem very hard. I will try to make it in UVE32 to see if it’s so difficult to implement.

okay…
no problem,
try it

The tricky bit would be making it compatible with all the possible randomly generated planets in such a way where it doesn’t look like rubbish.

Might be doable, though, depending on how realistically iA layered the different planet textures.